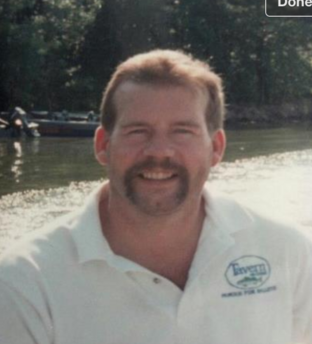 The Tavern on Grand was opened in 1990 by David Wildmo. It was formerly Scanlan’s for a short time, and O’Connell’s Restaurant and Cocktail Lounge before that. David was born to Arthur and Norma Wildmo and was raised in Bemidji, Minnesota. Prior to restaurant success, David had spent time in Germany with the Army and held executive positions in snowmobiles, dry cleaning and gun manufacturing (David worked for Magnum Research and hired Bernie White who would design the original Desert Eagle, and he himself worked on the Mark II).

That opening year, David convinced state officials to serve his walleye to Soviet President Mikhail Gorbachev while he was in the state. In the back hall you will find a portrait of Gorbachev with his birthmark altered to look like the state of Minnesota with a caption that reads “Try the Walleye.”  The Tavern has been known to serve up to 2,000 pounds of walleye in a week, and David once hired a public relations firm to confirm that the Tavern serves more walleye than any other restaurant in the country. Our walleye was originally purchased from Minnesota commercial fishermen at Red Lake but since the ban on commercial walleye fishing, it has been bought from the Freshwater Fish company out of Manitoba, Canada. Guests of the Tavern have three choices when it comes to their walleye preparation; grilled, fried or blackened and many regulars like to eat their fillet with jalapeno tartar or béarnaise sauce.